Based on the results of the 2-day meeting, a new economic model was adjusted and a strategy for the development of the universe was developed.

In January, a full roadmap for the implementation of the new economic model and all upcoming changes will be published. 01/14/2020 - Introduced a prototype of the forthcoming graphics of the surface of the planets based on software generation.

Join to CBT «Galaxy Online 2.0» and receive valuable prizes and gifts from developers!

Dear players! We announce the launch of an additional closed server for testing. Up to 100 selected participants will be able to get into the new server.

Already 2 weeks passed since the launch of the Galaxy Online 2.0 CBT.
During this time, on a separate CBT server, we fixed many bugs and shortcomings (some of which are still available in the main Galaxy and the Academy at the moment), introduced and tested a lot of new functionality that will make the game more interesting.

We have done a great job, the results of which we will introduce in stages, starting next week!
Recommended to all players! After all, in addition to the “Economic Model”, we described a lot of interesting things: the types of mining of the Solarium, the features of corporate galaxies, “Space Stations”, updated trade and production opportunities.

10,000 bip from the rewards accumulated from 1,000,000 delegated funds have been successfully converted into corporate coins and transferred to corporate special wallets! Solarium rates in all galaxies have increased!

Now on the Galactic Market you can see Solarium courses in all corporations and galaxies online (Galaxy Online)!
Good luck in your battles, commanders! 04/21/2020 - Аnnouncement new graphics.
We are pleased to announce the imminent redesign of several planets. Among them will be a new redesign of the planet Minterium! Very soon…

04/23/2020 - English-language version of the official game video has been released. 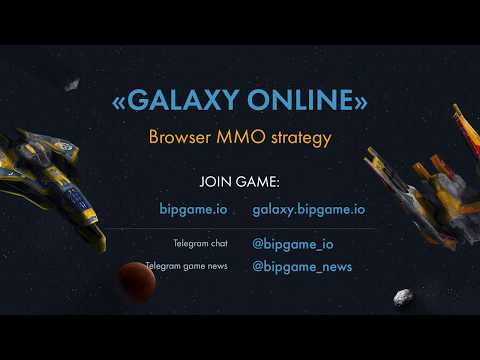 Prize for each participant - ships, Energy and Solarium!

Galactic Market updated (Galaxy Online), while watching planets before buying, all buildings and their levels for each planet are visible. The heads of all corporations assured the model, which was actively polished along with the main active players of all corporations. This is the first successful experience when almost the entire gaming community participated in the discussion and adjustment of global game changes.

In view of the adoption of the new economic model of the Galactica Online game at the Galactic Council, together with the heads of corporations (validators of the Minter network nodes), it was decided to liquidate the CHIP coin and rebuild the gaming platform on BIP.

Shields and Skills for Solarium or Energy!
We have successfully introduced the first update as part of the introduction of the new game Economy v 3.0.

Academy, Galactic Market and TRON!
We have successfully introduced the third update as part of the introduction of the new game Economy v 3.0. Now we are already testing integration with TRON in closed mode:

In parallel, work is underway on the creation of new buildings - realistic and animated.
Pictured is a prototype warehouse. Buildings for each race will be made in different styles/colors.

07/11/2020 - Launched competition #FANstories GALAXY ONLINE for the best short story in the Galaxy.

Friends, all stories are available on the page fan club.

09/16/2020 - Published information about compensation when updating!

Plan for the end of this month: 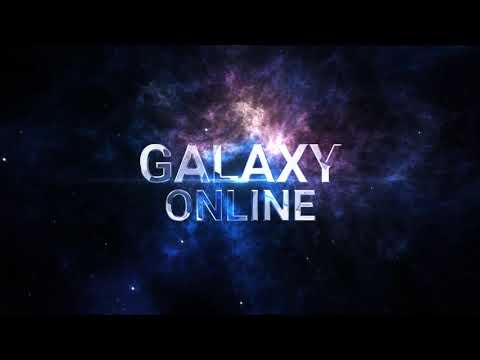 Galaxy Market is launched and works between races!

A new skill “Extension of the hangars to OS” in 100 levels has been added. Increases hangars for storing spaces at an orbital station by +10k hangars for each level.